09/01/2013Tourists from Greece resume visits to Macedonia, not bothered by political squabbling between the two countries. By Miki Trajkovski for Southeast European Times in Ohrid -- 09/01/13

The popular Greek greeting, "Kalimera," was heard throughout Ohrid and Struga in late December when around 2,000 tourists from Greece arrived to celebrate Christmas. The Greeks returned to Macedonia after a long pause caused by political tensions between the two countries.

Visitors from Greece, however, said they are not interested in politics and will return to Macedonia because they enjoy the country. During their five-day stay in Macedonia, they visited natural, cultural and historical sites, and enjoyed traditional Macedonian specialties and music.

As Greek citizens they said they have no problems with Macedonia, and have a connection with the country.

"We are not interested in politics, despite the longstanding political pressures. We are all Christians, and that is why we arrived. It is nice here, there are beautiful places, and I like Macedonian girls," Celepis Apostolis, from Athens, told SETimes.

"I'm here for the first time, and it's truly a beautiful country. I have no problem with your [country] name; we are all people, and we want to live together. The politicians cause problems. The message to them is that they need to love one another, as we ordinary citizens love each other. We are small countries and must have mutual respect," Dimitris Soldatos, from Thessaloniki, told SETimes.

Greeks say that Macedonia is an inexpensive destination for them, which is an added incentive to return.

"The agency through which we came here offers many European destinations, but I decided to come here because I heard it is inexpensive, yet beautiful. People are welcoming, we have no problems. We are from the same religion and same people, and that's why I'll recommend it to my friends," Sirapo Celepi from Volos, told SETimes.

For domestic businesses and tourism, Greek guests are an asset.

"We offer them domestic Macedonian specialties and dishes, and the Ohrid trout. They enjoy Macedonia and mostly Ohrid, because of its many churches, monasteries, as Ohrid is known as the Jerusalem of the Balkans," Dragica Kostoska, manager at the Ohrid Millennium Hotel, told SETimes.

In November 2012, the mayors of 40 Greek municipalities and their wives visited Macedonia on motorcycles.

"The group I led was from Athens. I saw that they arrived to Macedonia happy, and were not interested in anything but nature, lakes and churches. We toured Lake Ohrid," Nikos Kormilis tourist guide, told SETimes.

"We are the Balkans and are connected with many commonalities -- culture, music, folk dances, and more. As two nations we have nothing to divide us, no problems at all. The Greeks are not against your country," Vangjelis Grikavis, from Athens' tourist agency Manisis, told SETimes. 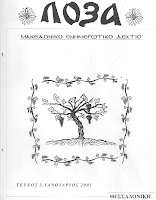 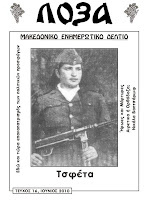